AHHH hell...we hate the word "blog". But BAM!!! Here we are. Urban Identity: a blog to breed creative mutts. Why follow? This blog allows the artsy soul to bear its inner identity to the creative world. So do not be shy and join in the fun!

We are two creative mutts with a passion for the world! Both Tiara and I graduated with a degree in interior design, only because it was the best career path to mesh all of our creative energy into a job title. Most of the time you can find us garage sale hunting, tromping though the urban forest in search of the next great photo, or relaxing at the perfect coffee shop. Oh yah, and blogging to you about it!

Person of the week: Erin Albin of Appetite Design

What can I say, I love Appetite Design!!! Erin Albin, founder and owner of the studio, has a knack for color and patterns. Her wide array of hand bags, napkins, pillows and wallets are amazing. She is able to bring just the right amount of femininity to her products but never goes over the top. It truly is my favorite booth at First Thursday in the Pearl District. Check her out next time you go, or shop her stylish product on line.
http://appetitehome.blogspot.com
Cheers! Katy Nida 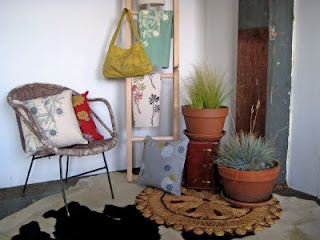 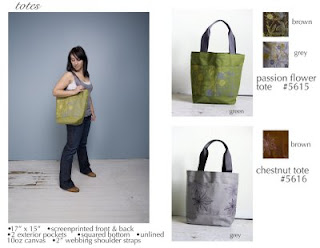 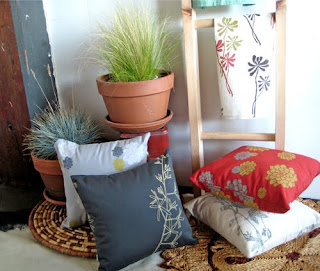 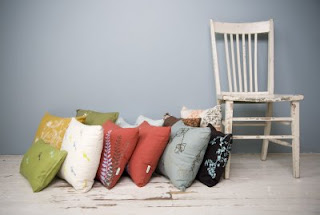 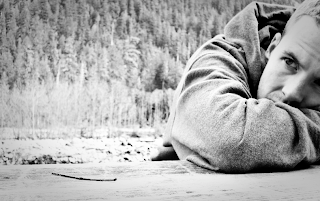 Founder of Jeff Marsh Studios and native to Seattle, WA, Jeff Marsh is an active, adventurous, and creative photojournalist who loves to capture the real moments of daily life. He has been called "the future of photography" on "The WOLF", a number one hit radio station known in the Northwest. Recently, he shared the stage with Kenny Chesney as well as shadowing the Seattle Seahawks 32 year veteran photographer on the sidelines this fall. This entrepreneur captures not only concerts and live action sports but enjoys photographing families, senior portraits, weddings, landscapes, structures, and various activities. You name it, he'll shoot it! He has an artistic yet simple approach to capturing any person, place, or thing. I am excited to announce that he has launched his new blog: http://www.jeffmarshstudiosblog.com. Check it out and enjoy. 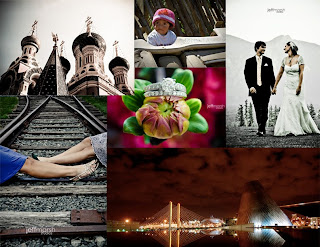 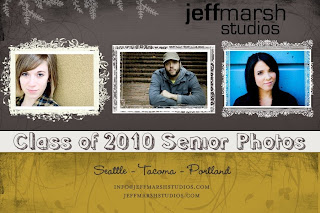 Well Hello All,
I have a new person of the week and a new blog for you to check out as well. Danny Roberts is the mastermind and artist behind the amazing blog Igor + Andre (www.Igorandandre.blogspot.com) His whimsical and fashion forward illustrations suck you in to a world of imperfect perfection.
-Katy Nida 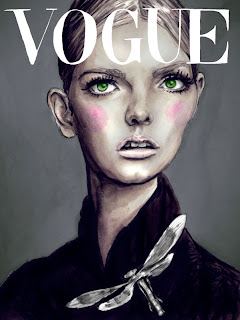 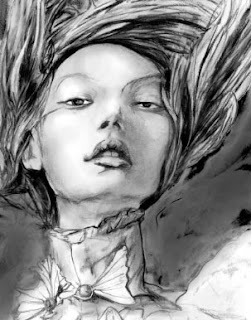 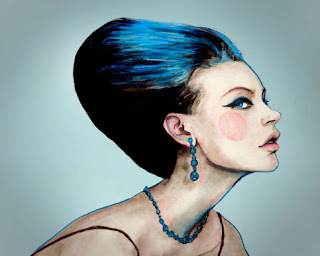 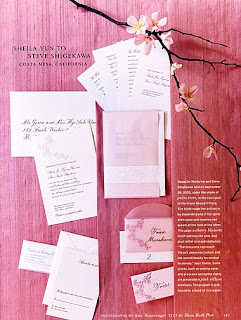 Hello Again,
I do not know this person of the week personally (and she is not in the Northwest) but I wanted to talk about her anyway. You have most likely seen her work without knowing it on and in the pages of Martha Stewart Magazine. She worked for that and many other magazines for ten years and graced the pages with her beautiful styling talents. I just happened to cross her website and it is breathtaking. Check it out!!! www.rebeccathuss.com. Rebecca Thuss has my dream job. (At least one of them, right behind professional hut finder.)
Enjoy!
Katy Nida 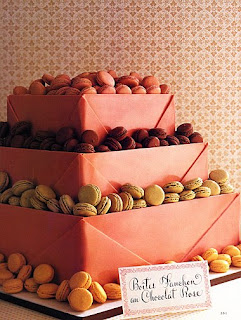 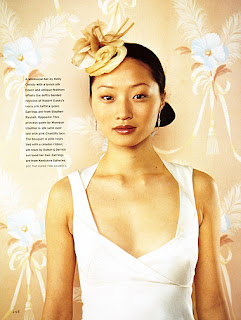 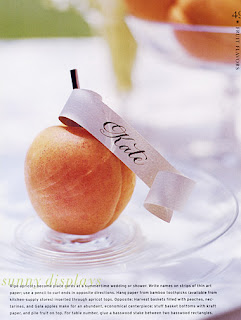 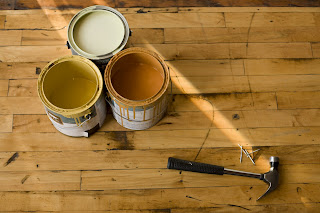 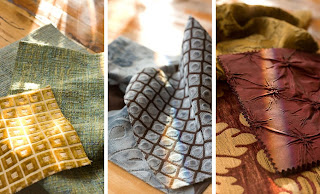 A picture is not just worth a thousand words, it is worth two thousand when taken by a fiery redhead. With that said, I would like to introduce you to our featured redhead of the week, Kimberli Ransom of Kimberli Ransom Photography. Kimberli is a noted commercial photographer in Portland Oregon. Her work has graced the covers of books as well as the pages of national magazines. When she is not working on a photo shoot, she can be found traveling the world in search of the next great shot. She truly captures the essence of whatever her subject matter, weather it be a pair of shoes or an old Italian man. The red curls are dripping with creativity!
Kimberli's personal style - "it's full of color and movement, motion and music. I love clean and uncluttered photography. Bold graphics and the beauty in a detail shot. I was born a musician, painter, writer... a "creative." I draw on all these forms, including photography, as I look through my lens at the world."
Kimberli's signature Identity is her ears. "I'm very good at listening. With photography clients I listen for their message then bring that out in a visual image. When I travel and write the blog I listen for the way in which people think differently. In music, I listen for the changes and rests. I have good ears."
I could sit and talk about her all day, but I believe her pictures say it all. Check out her website at http://www.kimberliransom.net/. If you would like to get to know the personal side of Kimberli, visit her blog at http://www.kimberliransom.net/blog/ 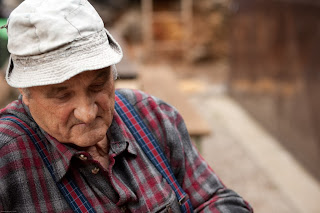 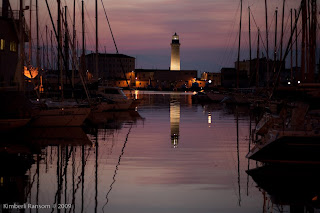 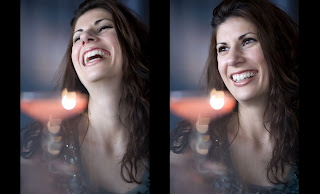 2009 Street of Dreams - "Capture the Imagination"

Well hello again,
I just wanted to give you all a sneak peak at my latest project. My firm will be participating in this years Street of Dreams. It is a showcase of the newest houses/condos and designers in Oregon. I will post more as the project rolls along. You can also stop by the show to see it first hand. It opens July 30Th and runs though August. Look for more details in the weeks to come. -Katy Nida 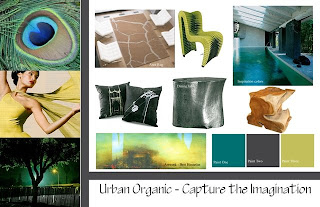 Just because you live in the industrial city, it does not mean you can’t capture the natural world. Urban organic style marries the two perfectly, creating a balance of bold, urban edge with whimsical, organic atmosphere. Our space is inspired by the metropolitan skyline and now it interacts with the ecological surroundings Portland is best known for.

And to top it off, our design is environmentally friendly. Low VOC paint, reclaimed wood from fallen trees and the use of local vendors in the Portland area all contribute to our sustainable style. You do not have to sacrifice fashion to be eco friendly and our space should prove that to you.

Our ultimate goal is to build a fun, energetic, and daring statement. We have created a space to not only capture your imagination, but to let it run wild!

I am very excited to introduce the first person to be featured on Urban Identity, Carlos Stevens. He is an extremely talented motion animator and currently an Art Director for a well known animation house in Seattle. So what the heck is a "Motion Animator" you ask? I have no idea and I date one, but the best way to describe it is a graphic designer who works on movies and commercials. Although you might not know Carlos's name, I am sure you have seen his work at some point. If you flip on the TV and see a Sprint commercial, you are looking at his creation. Sharpie is about to launch three new commercials that he directed as well. 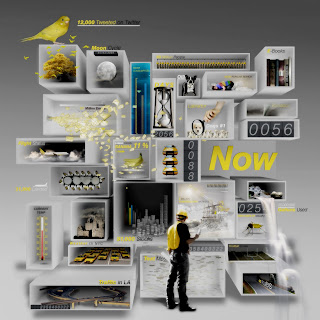 The truth is that Mr. Stevens' passion lies in making movies however. His recent short film entitled Toumai was a nominee at the Student Academy Awards. The film traveled world wide showing at various film festivals last year. I proved lucky enough to escort Carlos to a screening in LA of his film. 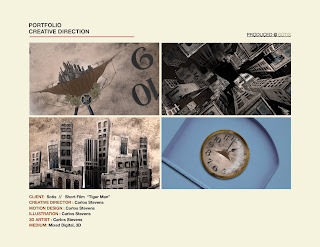 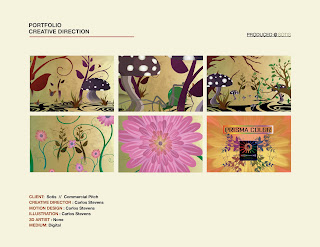 I asked the enthusiastic director to tell me about his signature style and he had the following to say:

"I am a colorful surrealist. I tend to focus on the realm that lies just beyond sight. I live in an imaginative world that blooms with crooked trees, cracked mud and raging clouds. My style is a mixed media of sorts, but entirely depends upon my goal. Pencil sketch and washes of watercolor often find their way into my personal aesthetic, but I have worked in most digital and tangible mediums as well. I live to merge reality with imagination."

Carlos's goal is for his audience to take a powerful message away with them. If he can teach or inspire with his films and creations, his work is complete.